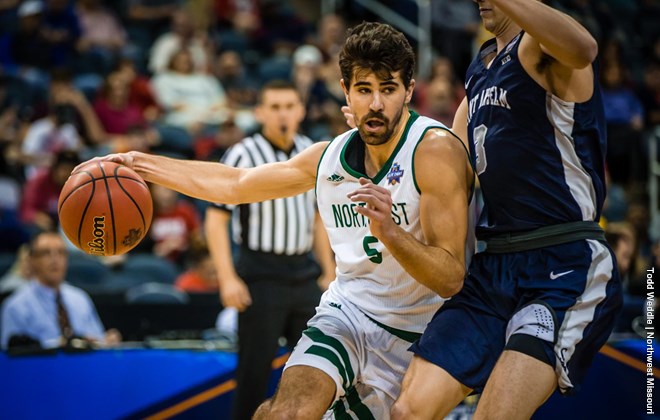 The Bearcats are now 37-0 overall.  The Northwest defense limited the Hawks to 38.6 percent shooting from the field and held its second straight opponent to 53 points or less at the Elite Eight. Northwest came into the game ranked No. 3 in the nation in scoring defense at 62.1 points per game allowed.

The first half was touch and go with only a two-point difference at halftime thanks to Finley's last minute bucket.  The Bearcats dominated the second half exciting fans with Diego's dunk and Hudgin's consistent leadership.  Witthus set the Bearcat single-season scoring mark with 13 points surpassing Justin Pitts' record of 754 points in 2016-17. Witthus has scored 756 points this season.

Northwest will take on Point Loma on Saturday at 2 p.m. in the NCAA Division II national championship game.

To hear the game, click on the link above.